The Ebenezer Baptist Church, an independent Baptist Church,  was organized on December 5, 1835.  The history of the church actually dates back to November 23, 1816 when the Stillwater Baptist Church was constituted in an old brick building on National Road in Union Township.  The members composing this church resided in Union and Goshen Townships.
In 1835 a division occurred in the church caused by the false teaching of Alexander Campbell.  About half of the members favored the Baptist doctrine and the other half the Campbell doctrine.  The Baptist group took an offer of $25 for their building.  This left them without a meeting place.  A hewed log house was built for a church house.  The church was formally dedicated and constituted on December 5, 1835.  In 1853 the log house was replaced with a neat frame building.  It was located on Old Route 147 by the Ebenezer Cemetery.
The present church building located in Bethesda was constructed and dedicated on May 27, 1898.  The total cost of our current church building was $2,898.
In 1968-1969 a full basement was put under the current church building for Sunday School rooms and a fellowship area.  On May 27, 1973 the Educational Building located behind the parsonage was added.
On the Church's 175th Anniversary on November 22, 2009 we dedicated Paulman Hall.  Paulman Hall is named in honor of two faithful members, Richard and Evelyn Paulman.  Our new multipurpose building  is used for a variety of ministries such as our Fellowship meals, Ebenezer Baptist Soldiers Kids Club, EBC ProTeens, 5th Sunday Dinner and services.  The basement was completed in 2014.
In 2017 it was voted that we update the present church building instead of building a new building.  Much work has been completed, and projects are being planned for the future.  The interior work was completed in 2019 which included painting, new carpet and new upholstery.  We are thankful for God's provision and the beautiful work that was done. 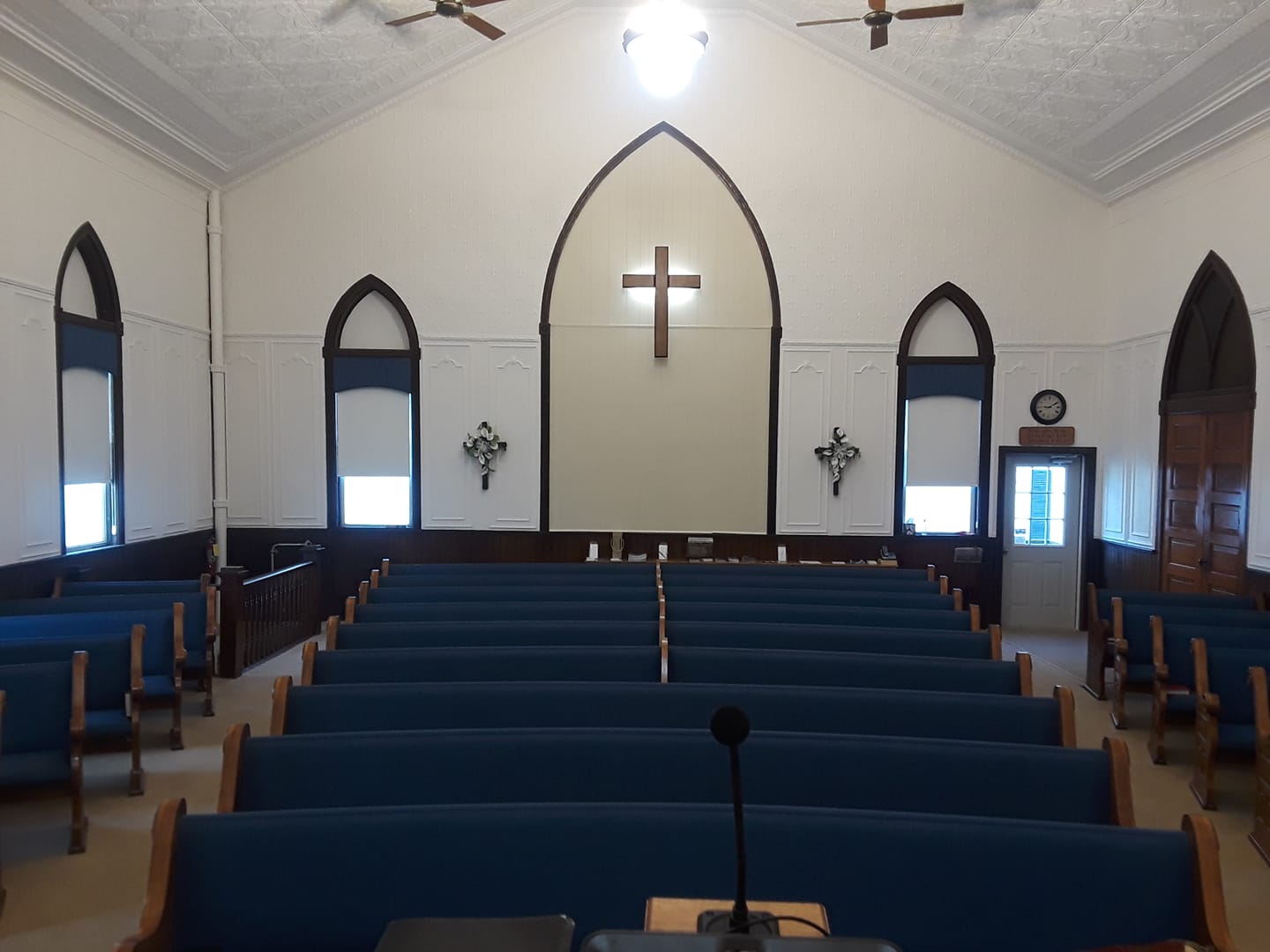 Visitors to your website are looking to learn about what your company offers, so be sure to provide the information they need. Let customers know you're the right fit.

Add a brief description here or some details about the product or service that the customer can relate to. Visitors respond positively to images, and are more likely to interact with a website that has a good balance of informative pictures.

Click to edit. Here's a spot for you to share a special message such as a promotion or announcement like a new product launch. Use this area as the opportunity to turn your visitors into customers.

"Click to edit. Insert a customer recommendation, a client thank you note, or a quote you find inspirational to your business. Show visitors you are a reliable company, and add a little personality to your website."